Florida legislation has vacation rentals in its sights

Over the past few months, several pieces of legislation have popped up that want to increase, or at least allow for the increase of legislative influences over vacation rentals.  We have already written about cases in Hawaii, Colorado, Las Vegas and more but the latest legislation is coming in Florida, a vacation rental hotspot.  The bill is aimed to remove a prior bill that restricts legislative measures.  We saw legislative involvement go over poorly in Hawaii and other places but what is going on in Florida?

Senator John Thrasher is sponsoring bill 356 that would delete the restriction preventing local laws, ordinances, or regulations from regulating the use of vacation rentals based solely on their classification, use, or occupancy etc. The Florida League of Cities supports the bill saying that state and local governments are being robbed of tax dollars.

The Florida League of Cities also believes guests could be exposed to dangerous situations with such little oversight as well as there being unfair competition in the tourism industry. It is the governments’ job to enforce existing laws on websites like Airbnb. As for the unfair competition, there needs to be incentives to be innovative and creative in a competitive industry and there should be no reason for homeowners to lose potential customers to big hotel chains.

This is a reminder of bill 2089 in Hawaii which was designed to not let homeowners avoid taxes. Profits from homeowners that did not live on the island were being taken off the island which was putting a massive strain on the roads and infrastructure on Hawaii. Is Florida trying to keep on top of their tourism industry or will they be putting onerous rules in place and exorbitant fees? 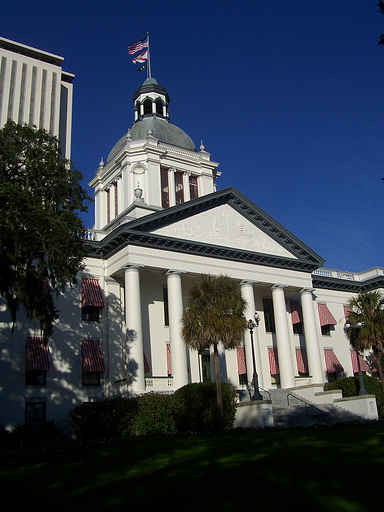 Vacation rental owners on Hawaii were forced to have on-island representation unless they obtained an annual tax clearance and submit, along with the federal tax form 990 to the real estate commission. Contact information of a rental agent located in the state responsible for the unit also had to be provided.

Some homeowners still see the legislation as being too harsh. Hawaii had nearly 8 million tourists in 2012, a new record that beat the 2006 record by nearly 400,000 which means the island must keep up with the demands tourists have on infrastructure because Hawaii will continue to be an extremely popular destination.

When short term rentals drive down the cost of visiting a destination and increase the supply of accommodation, the economy is boosted and millions of dollars can be contributed to the local economy. If this bill is passed will it not be a deterrent for potential property investors and vacationers to come to Florida?

If you'll be affected by this be sure to voice your opinion.